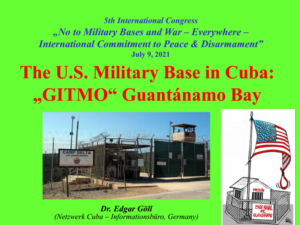 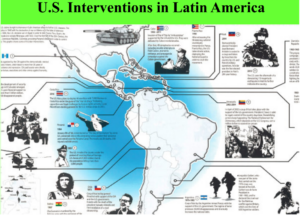 Guantánamo Bay is one of the best ports in Cuba, and larger than the island of Manhattan. U.S. Army occupied it 1898 1902. The “Platt Amendment”  included that bay are for U.S. use.

Since 1959, the country has repeatedly urged the U.S. to vacate the base because the lease was enforced by force, and such contracts do not endure under modern international law.

ARTICLE I
The Republic of Cuba hereby leases to the United States, for the time required for the purposes of coaling and naval stations, the following described areas of land and water situated in the Island of Cuba: (Guantánamo Bay)

ARTICLE II
necessary to fit the premises for use as coaling or naval stations only, and for no other purpose.

interrogation and torture methods:
“escalating pressure tactics, extended isolation, 20-hour interrogations, painful stress positions, screaming, hooding, and manipulation of diet, environment and sleep, exposing to loud music, strobe lights, cold temperatures, prolonged sleep deprivation, isolation, and painful restraints”.
In his book of interviews with ex-prisoners, journalist and presenter Roger Willemsen (1955-2016) described the Guantánamo camp as “an institution outside international law, a camp of legal arbitrary-ness and the violation of humanitarian conventions.”
Here the “concept of ‘being outlawed’ from the medieval age is brought to the present time. 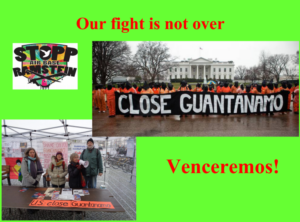 In 2018, the Pentagon commissioned a construction company to build a supplies warehouse for migrants on the site of the naval base, for which a budget of $ 23 million was available. According to the contract, the infrastructure should be designed for up to 13,000 migrants and 5,000 troops deployed for them and usable for at least 50 years.