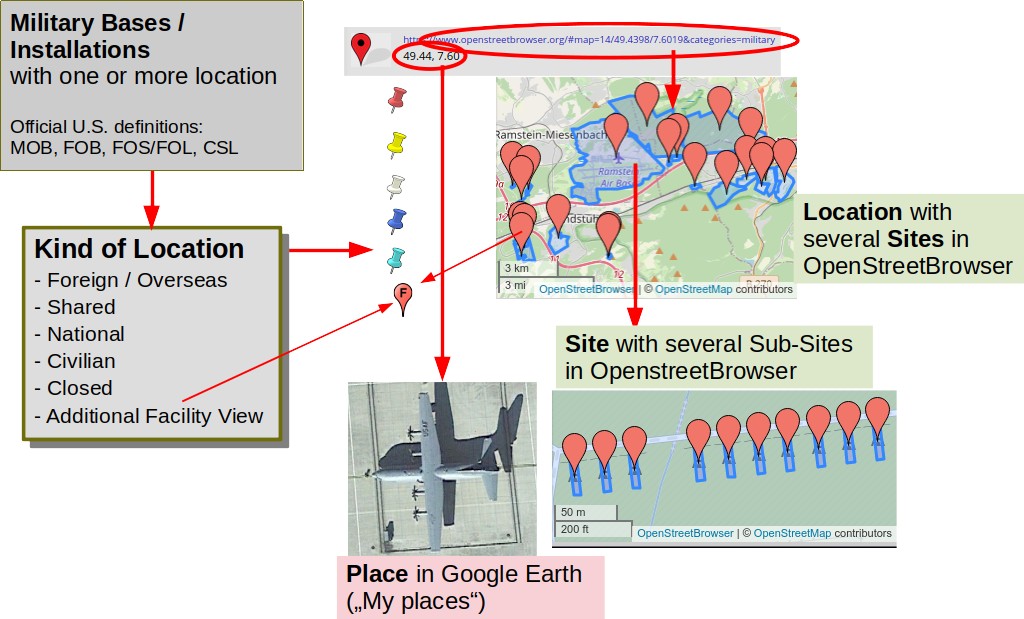 Base: Based on official allocation there is no unique definition. Preferred official use is “installation”. There is a wide range of allocation from locations with several sites down to (big) single sites.

Location: In VisualBases we use this term to define a map with military layer (polygon with official restricted area) in OpenStreetBrowser. A location may be identical to a designated military base, but can also be a military hot spot (i.e. military communities) with several bases and locations. Some “Additional facility view” are included as (sub-site) locations because of special interest.

Site: A site is a single real estate. Within OpenStreetBrowser a (military) site is a marked area (polygon) in a (military) layer. This can be a sub-site of a military base (mostly declared as “unnamed”) or matching in some cases a complete location (base) in VisualBases.
Note: The use of this term in the Pentagon Base Structure Report (BSR) is similar, but in some cases confusing.

Place: This term is not direct used in VisualBases, but identical with geographical coordinates, which are a data point in Google Earth within “My places“.